This Horstmann H37XL “Channelplus” 7 day programmer has 3 channels. This means its capable of operating / controlling three individual zones in a dwelling. Among many variations, this could be: 1st floor heating, second floor heating, and hot water control. However, it can be used with fewer zones, so don’t think it won’t be compatible if you only need to use it as a 2-channel programmer. It’s a very versatile unit. 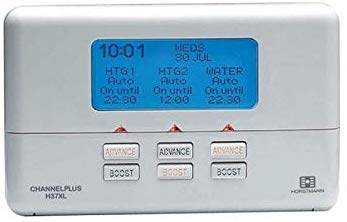 Despite have a very good overall review score, one of the main problems / complaints with this model is the fact that Horstmann has fitted an internal battery that can not be replaced. The internal battery, when it is still within its life duration (it cannot be recharged), saves the time and user settings when in the event the programmer is not connected to the mains (Example: If there’s a power cut).

However, when the internal battery eventually dies (the time it lasts is varied and has been reported as lasting between 5 – 10 years), the whole unit will need replacing. So, what would usually be a cheap and easy battery change on some units, with the H37XL that is not possible.

This is also the case with the Horstmann H27XL (direct replacement for this model here). The user would either have to buy the exact same unit, or buy something else that’s compatible with their system that does have an easy-to-replace internal battery.

Typically, most people, despite feeling a bit hard done by due to the manner which Hortmann has made the unit, in what most people think is a tactic to generate maximum sales, just replace the unit with the exact same model to save any extra hassle of fitting / installing something else.

If there is a power cut, or another reason as to why the power from the electricity mains has stopped powering the unit, there will be no readout or information on the display screen (It will be blank). Once the unit is receiving power from the mains again (providing the internal battery still has some life left) it should come back to life with all settings intact. Overall this is a good programmer, just be aware of its major downfall, which is the need to replace the complete unit when the internal battery fails. 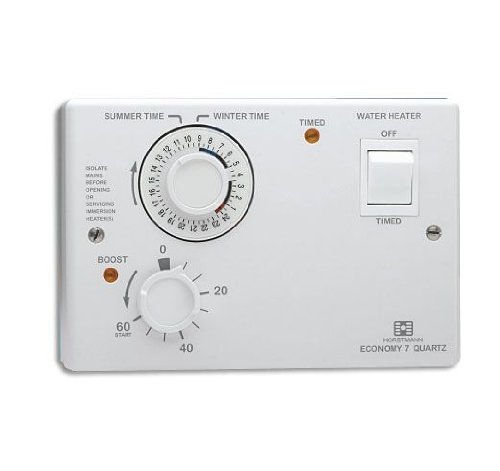 Like the Timeguard TRTD7N, the Horstmann Economy 7 Quartz has been made specifically for use within the Economy 7 time range.... 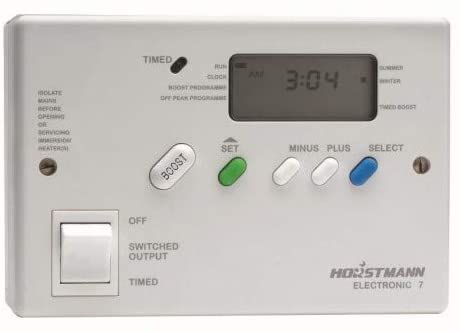 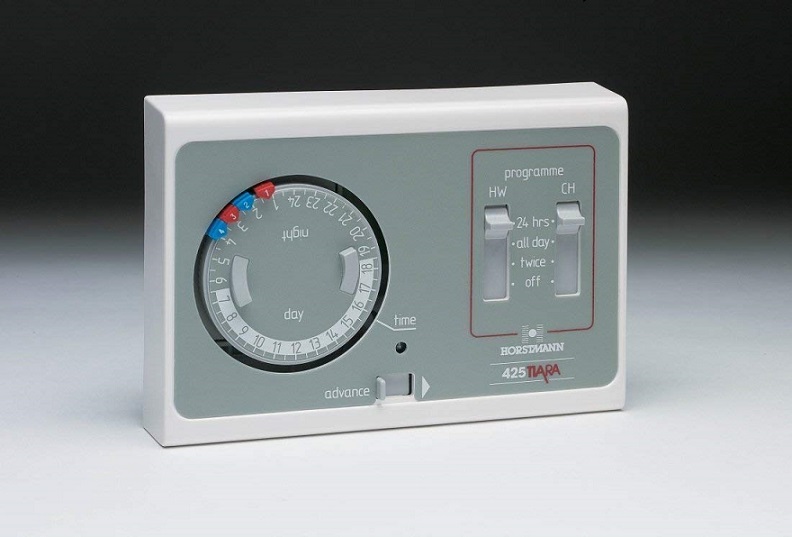 With no digital screen and very few controls, the Horstmann 425 Tiara Programmer is as basic as they come. But just... 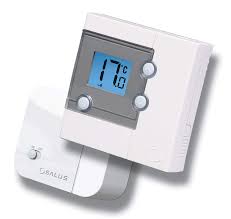